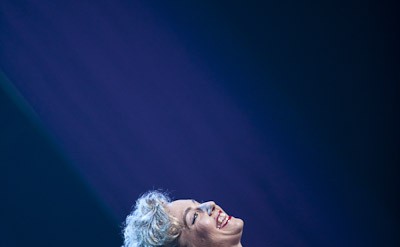 The Endowment will also be holding a media launch on 17th June at 10:30am, at the Heritage Room, Capitol Theatre Sydney. You are all invited to attend and see what we have in store for 2013! 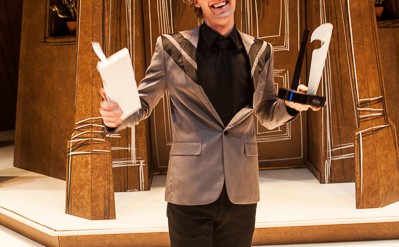 Congratulations to Glenn Hill, who was selected as this year’s winner of the Rob Guest Endowment.

After a spectacular concert held at Her Majesty’s Theatre with a star filled cast and an exceptionally talented group of finalists, Glenn was thrilled to be announced as the winner.

The wonderful Francine Cain was the winner of the second Annual Rob Guest Endowment Award.

Francine performed brilliantly on the night and has gone on to land a lead roll in the new smash hit musical ‘Rock of Ages’.

All at the Endowment are very proud of Francine and wish her every success for the coming year.

The six finalists have been announced for the 2010 Rob Guest Endowment.

They were selected from submissions across Australia and represent some of the most promising emerging musical theatre talents.

Itʼs difficult to know just where to begin. When people ask me ʻwas it wonderful?ʼ, I just smile and say ʻyes, it really wasʼ. But how to convey that kind of wonderful? Itʼs something that you can only feel when youʼve experienced it. Iʼm going to attempt to share the experience with the justice it deserves.

On the 1st of April I walked out of the NY singers forum feeling like I had been given a gift. I was empowered by the knowledge that I understood my voice again and I was in full control of it and not the other way round. Problems and insecurities I had felt just one hour earlier had vanished and been replaced with a feeling of relief and pure joy. I was a new singer; a new person even. That was my first class in NY with Tom Burke ( Master Teacher- Estill Voice training system.)

The next stop was True Voice on 32nd St to meet New Yorkʼs premier rock coach Sheri Saunders. She was everything I hoped for and more. Huge personality – chewing loudly on gum saying ʻthatʼs totally awesomeʼ and belting out segments of rock tunes that I simply had to put in my repertoire. She taught me something revolutionary. How to act a rock/pop song. What a concept! I mean, did you ever really think that Eye of the Tiger could be performed as a dramatic acting piece that contains strong historical references giving it great depth? Neither did I, but how wrong I was. This was a style of training that I have never come across in Australia despite the fact itʼs so relevant to us here as the amount of “jukebox musicals” that require us to perform rock/pop songs are forever growing in popularity. Itʼs a skill I will really treasure. In the style of the entire experience, that wasnʼt nearly enough! Sheri also gave me an entire new repertoire of rocking tunes from the 60ʼs to now, picked specifically for me. For a singer thatʼs like all Christmases and birthdays come at once!

Now you know you should be feeling nervous when youʼre working with a man that arranged and played the on the original cast recordings of 90 percent of the music in your repertoire. One word of advice: Donʼt say “oh, that songʼs depressing” because he may just say “oh, I arranged that song and played it” and then youʼll feel rather embarrassed (not my finest moment). This man is of course the amazing Stephen Oremus (original MD of Wicked and probably everything else for that matter), who despite his terrifyingly intimidating status and huge success is absolutely delightful and was kind enough to spend an afternoon with me coaching me on anything and everything I wanted to work on.

What a thrill. Being taught by him was like looking through a musical magnifying glass. All the detail and the subtle connections between lyric and melody that to the average eye get overlooked begin to leap out of the page. It really hit home to me how much closer you can get to the heart of a song when you look that little bit closer and work that little but harder to find it.

Iʼm going to back track for a moment to 2009 when I was lucky enough to meet the wonderful Michael Lavine (sheet music/vocal coach) who was over from NYC to take some coaching sessions with Australian performers. I had just had some exciting news. I was to go to Sydney for the final auditions of the Rob Guest Endowment. I took the pieces I wanted to perform to Michael and we workshopped them. At the end of the session I jokingly said “if I win Iʼll see you in NY”. Five months later Iʼm in his studio surrounded by floor to ceiling shelves filled with every score from every musical ever written, and iʼm sitting by the piano thinking: ʻoh my god, Iʼm actually hereʼ. Aside from giving me more new ideas and music than I even know what to do with, Michael Lavine gave me the ultimate NY music theatre experience!

Michael took me to meet and work with Craig Carnelia (Tony award nominee, writer of “Is there life after high school” and top NY acting coach). What a great honor to work with him and even more surprisingly to be praised by him! This is a man whoʼs temper is as famous in NY as his talent. I thought he was wonderful! I sat in on Craigʼs master-class and watched other young performers being guided and workshopped. I learnt so much just by watching him work. The subtle process of finding and developing character were so magnified in his class. Just watching him drawing out the truth from the actor was truly a sight to behold.

Michael then took me to ASCAP (THE AMERICAN SOCIETY OF COMPOSERS, AUTHORS AND PUBLISHERS), where over two nights I was able to see selections from brand new music theatre works being presented to a panel lead by Stephen Schwartz. It was so exciting to be witnessing new works in development still finding their feet. These are works, which may one day become smash hits on Broadway!

Michael also gave me the opportunity to meet and talk with Stephen Schwartz (Wicked, Godspell, Pippin), Lynn Ahrens (Seussical the Musical) and many other amazing industry figures.

Whilst all this was happening I was continuing my training with Tom Burke, and by my final class he had me singing opera whilst simultaneously belting high Cʼs. Now thatʼs what I call learning to sing! What can I say: the man is a genius and I got the opportunity to share in that! I was also continuing my work with Sheri, including lectures on the “History of Rock for Music Theatre Performers”. I even took part in a rock master-class filmed for the Oprah Network. One release form later and hello American national television! Oh and of course how could I forget about Broadway! Avenue Q, Mary Poppins, Chicago, Rock of Ages just to name a few! All I can say is wow. More shows on Broadway at one time than in the entire history of Australian music theatre! What an amazing place!

Reading over this I feel like I have said so much and yet so little! Even my verbose over reiterated retellings of the trip donʼt quite get the heart of it. So now Iʼm asking myself ʻwhat is the heart of it?ʼ and I guess the answer would have to be ʻmeʼ, and how I stepped off the plane a different person to the one that stepped on. Before this trip I, Danielle Matthews was a performer that thought I was pretty good but never quite good enough. Now I know Iʼm good enough. If thatʼs not the best thing that an experience of a lifetime can do for you I donʼt know what is!

I would like to thank ANZ, The Rob Guest Endowment, Kellie Dickerson,Laura Manning, Wicked Australia and everyone involved for this life changing opportunity, and please, if you are a young performer reading this thinking you might give it a shot: all I have to say to you is JUST DO IT!

The stars come out to honour Rob Guest

On Monday October 4, 2010, at Her Majesty’s Theatre Melbourne, the second annual Rob Guest Endowment Concert will be held, hosted by Bert Newton. Some of Australia’s biggest music theatre stars will perform…