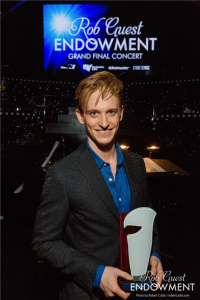 Since winning the Rob Guest Endowment Award in 2016, Linden’s roles include: Harry in Kinky Boots (Michael Cassel Group) in which he also covered the lead role of Charlie and he has just been cast as Johnny in American Idiot (Shake & Stir Theatre Company) which will be touring in 2018.

Previous Australian credits include: Roger in Rent (Hayes Theatre Company/Highway Run Productions); for which he was awarded the Glug Award for Best Performance by a Newcomer, Violet (Blue Saint Productions) and Fiyero in Wicked (Packemin Productions)

Theatre credits in Singapore include La Cage Aux Follies, The Cat in the Hat, Edges, Howie the Rookie, Next To Normal, A French Kiss, The Last Five Years, A Singaporean in Paris, 2 Houses, Great World Cabaret and Lucy Prebble’s play The Effect.

Linden is also an accomplished songwriter having released an EP under the name of Linden Charles in 2016 and is currently working on a new album. 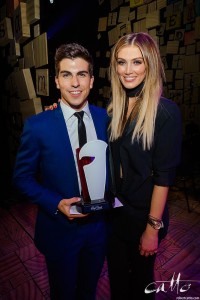 Daniel trained in all facets of performing arts from the age of 4 at the Glenda Yee School of Dance and then perfected his craft at ED5 International completing a Diploma of Performing Arts.

Daniel was offered professional representation with Jeep Management whilst still completing his full time training and almost immediately booked his first show with an ensemble role in Wicked touring NZ then Australia then Asia.

An incredible highlight of Daniel’s journey so far has been winning the enormously prestigious Rob Guest Endowment in 2015 after winning the ‘Playbill Future Prospect Award’ in 2014.

Part of his prize was a trip to New York to work with some of the industry’s most elite vocal coaches. Whilst on this trip he was invited to perform in ‘Elsie Fest’, a renowned musical theatre festival where he took to the stage in the company of some of the world’s greatest musical theatre stars.

Since then he has had approximately two days off in total as he moved from show to show, including Cats (reviving the role of Rum Tum Tugger for modern audiences), Curtains, Funny Girl, Follies and also originating a role in a new Australian musical, The Gathering.

Daniel is currently living his dream, playing Elder Young the Book of Mormon.

And now, the Industry and audiences eagerly await his next move as this is undoubtedly going to be a very special career to watch. 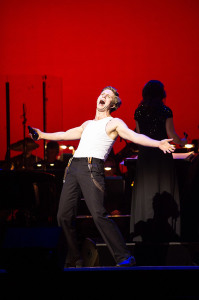 Joshua graduated from the Victorian College of the Arts with a Bachelor of Music Theatre in 2011. Since then, Joshua has forged a strong career and has established himself as a versatile stage performer, winning the Rob Guest Endowment Award in 2014. His credits include the Australian tour of Les Miserables, King Kong the Musical, Scooby Doo Live: Musical Mysteries, The Threepenny Opera, You’re a Good Man Charlie Brown – The Musical, Dream Lover and most recently My Fair Lady. 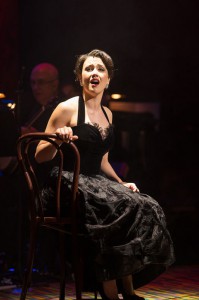 Since winning the Rob Guest Endowment Award in 2013, Samantha’s roles include: Dorothy in The Wizard of Oz (GFO); the title role in Violet (Hayes Theatre Company/Blue Saint Productions) for which she was nominated for a Sydney Theatre Critics award for Best Actress in a Musical; Singin’ in the Rain (Dainty/Michael Cassel/Lunchbox/DAE) Kathy Seldon U/S; Anything Goes (GFO/Opera Australia) Erma & Reno U/S; Sweet Charity (Tinderbox/Neil Gooding/Luckiest Productions) Charity U/S and King Kong (Global Creatures):

Samantha has trained privately with some of Australia’s finest teachers in acting, singing, voice and dialect. She has also studied at various performing arts studios including The Atlantic Acting School (NYC), 16th Street, The Hub Studio and Patrick Studios Australia. 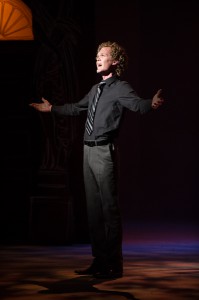 Having trained from an early age at Rodwell’s Studio of Dance and the Brent Street School of Performing Arts in Sydney, Glenn began his career at the age of 16.

In November 2012, Glenn was the proud recipient of the ANZ Trustees – Rob Guest Endowment Award. 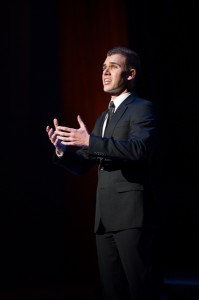 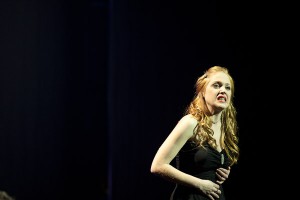 Francine Cain is a Helpmann Award-nominated musical theatre star. She graduated from WAAPA Music Theatre in 2009 and soon after she landed her first professional Musical Theatre show. Francine was the winner of the 2010 Rob Guest Endowment Scholarship, which took her to New York, working with some of Broadway’s greatest performing arts tutors. Francine’s credits include ‘Regina’ in the Tony Award Winner Rock of Ages (Helpmann and Green Room Award nominations), understudying ‘Truly Scrumptious’ in the Australian tour of Chitty Chitty Bang Bang and an 18-month national tour playing ‘Frenchy’ in Grease the Musical for GFO. An excellent character actress, Francine played the legendary Lucille Ball in Everybody Loves Lucy, a one-person show directed by Helen Dallimore. Following this, Francine played the role of ‘Calliope’ in Xanadu The Musical, to critical acclaim and was most recently seen in The Play That Goes Wrong for Lunchbox Theatrical Productions. 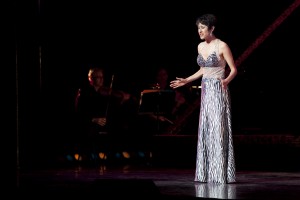 Danielle Matthews is a Graduate of the Victorian College of the Arts.

Notable theatre and concert credits include: Showboat, Where Do I Begin (The Voice of Shirley Bassey),  An Evening with Stephen Sondheim, Respect the Musical (Australia Tour), Big Band Beat (Tokyo Disney), Another Opening Another Show (Manilla St Productions), Ship of Fools (Gary Young), TRIBE (Anthony Crowley),  Twisted Broadway, Light the Night, Hats Off For Sondheim, Musical Melodies, Carols by Candlelight, Morning Melodies, Sing for a Cure, The Rob Guest Endowment Concert and The Helpmann Awards. Danielle has also performed live on TV shows including The Circle, Good Morning Australia, Mornings and the Today Show, and performed the Australian national anthem at the MCG for the opening of one-day Cricket Test Series.

Recently Danielle has recorded her debut album ‘Dream Song’ with Move Records and also recorded La Belle Epoque for the in-game soundtrack to one of the world’s most popular video game series – Assassins Creed Unity.