Finalist Karla shared her dream role, and how she is going tell her story at the concert.

Get your tickets today to see these wonderful finalists compete. #RGE14

Join us at the 2014 Rob Guest Endowment Concert to find out Andrew’s repertoire in the grand final. #RGE14

Meet Angela Scundi, and learn how one amazing performance can change your life.

The six Finalists for the 2014 Rob Guest Endowment Award were announced last night at the Capitol Theatre, Sydney. Competing against 30 other Semi-Finalists, six outstanding performers were chosen by an expert panel of judges, which included Todd McKenney, Stuart Maunder and Guy Simpson.

NSW Deputy Premier and Minister for Tourism and Major Events Andrew Stoner congratulated the Rob Guest Endowment Award finalists and said, “Making the finals of the 2014 Rob Guest Endowment Awards is an outstanding achievement and recognition for the hard work and dedication of these six talented performers. I wish each of them the best of luck for October’s awards night in Sydney.”

Stay tuned to find out more about our fabulous finalists in the weeks to come!

After seeing over 200 applicants at the first round auditions in Melbourne and Sydney, our judges have selected the 30 semi-finalists for the 2014 Rob Guest Endowment Award!

The semi-final auditions will be held in August, during which the judges will have the difficult task of choosing just 6 finalists. These 6 finalists will go on to perform at the Gala Concert on 13th October to find out who will win the Rob Guest Endowment Award for 2014 and take home the $20,000 prize!

Organisers from The ANZ Trustees Foundation: Rob Guest Endowment have today announced two new awards for 2014 bringing the total prize package to over $45,000 and called for competition entries.

The Rob Guest Endowment Award, now in its 6th year, is awarded annually to an emerging musical theatre performer selected by a panel of industry experts. It seeks out Australia’s brightest and most talented young rising stars by putting them through a gruelling audition process. Six finalists showcase their talents at the Rob Guest Endowment Gala concert, and this year the 2014 winner will take home $20,000, an $8,000 increase on the 2013 prize package. Runners up will each take home $1,500. The prize is intended to help a current artist in the musical theatre genre gain the performance experience, media training, guidance and a public image to help them become a leading artist in the Australian musical theatre industry.

The Rob Guest Endowment (RGE) executive committee, James Thane, Bernadette Hayes and Kellie Dickerson are thrilled that the 2014 prize pool has reached over $45,000, and RGE Patron, John Frost, says that this growth in prizes helps demonstrate how the cause is continuing to give back to the industry as it grows. “This is a unique set of awards honouring a great man of the theatre, who was an inspiration to all he worked with and a teacher and mentor to all,” said John Frost. “We are thrilled this year to be able to expand the awards to encompass not only performers, but to theatre technicians and musicians as well.”

It was also announced that, through the support of Destination NSW, the 2014 Rob Guest Endowment Gala Concert will be held on Monday 13 October, 2014 at Capitol Theatre, Sydney. Like past concerts, this night promises to be a highlight on the musical theatre calendar, showcasing the 2014 finalists alongside some of Australia’s finest professional musical theatre performers. More information on guest artists and tickets will be provided in August. 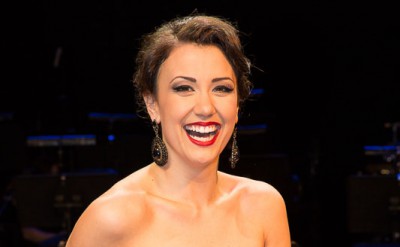 The 2013 Winner is Samantha Leigh Dodemaide!

On Monday 25th October 2013 the winner of the annual Rob Guest Endowment was announced at the Gala Concert hosted by Bert Newtown at the Sydney Lyric.

SAMANTHA LEIGH DODEMAIDE knew she wanted to perform from a very young age, and when it was time to make her dreams a reality, she spent 4 years studying at Patrick Studios Australia, singing show tunes, speaking Shakespeare and tapping toes. Since then Sam has appeared in Anything Goes, The Producers, and A Chorus Line in which she understudied and performed the role of Cassie, as well as understudying the roles of Shelia, Diana, Maggie and Judy, A Funny Thing Happened On The Way To The Forum and currently KING KONG. 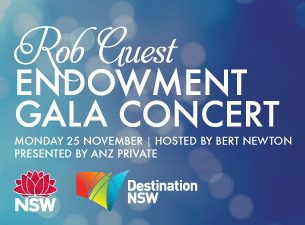 Now in its fifth year, with the support of Destination NSW, this special night comes to Sydney for the first time!

Hosted by Bert Newton and featuring a star studded line up including international star Adam Garcia, the night will see some of Australia’s finest musical theatre performers on stage alongside the six finalists vying to be the recipient of the Rob Guest Endowment Award and take home the $12,000 cash prize.

It promises to be an exhilarating and uplifting night that no musical theatre fan should miss! 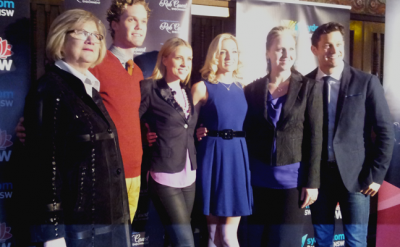 The Rob Guest Endowment Concert after having played in Melbourne for the past four years at the Historic Her Majesty’s Theatre is with the support of Destination NSW going to play in Sydney for the next three years. This year is the fifth anniversary concert and it will be held at the Sydney Lyric on November 25.

The RGE would like to extend our gratitude to the good people at Destination NSW under the leadership of Sandra Chipchase – for their commitment to and support of the ideals and objectives of the Endowment, in particular for regards to the need for further developing the Endowment as a national endeavour to develop and nurture the next generation of music theatre performers. Their support will enable the Endowment to build an infrastructure in Sydney for the concert and for the concert to  become a fixture in the artistic calendar of Sydney for the next three years and hopefully beyond.

The support of DNSW also will extend the reach of the Endowment to regional centres around Australia, something the Endowment has been working towards since its inception.