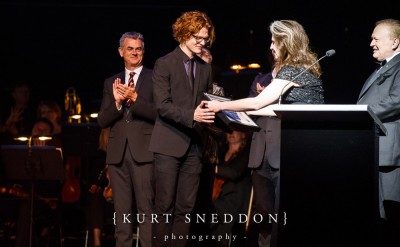 Isaac Hayward, our 2014 Musician Award winner will travel to New York and London to shadow some of Broadway’s and the West End’s most prominent conductors and musical directors!

In New York, Isaac will observe some of Broadway’s best musical directors that have worked on shows such as Book of Mormon, Kinky Boots, Wicked, Spring Awakening, Next to Normal and In The Heights.

On the West End in London, Isaac will experience the London Philharmonic, as well as the rehearsals for the Olivier Awards.

All the best for your trip Isaac!